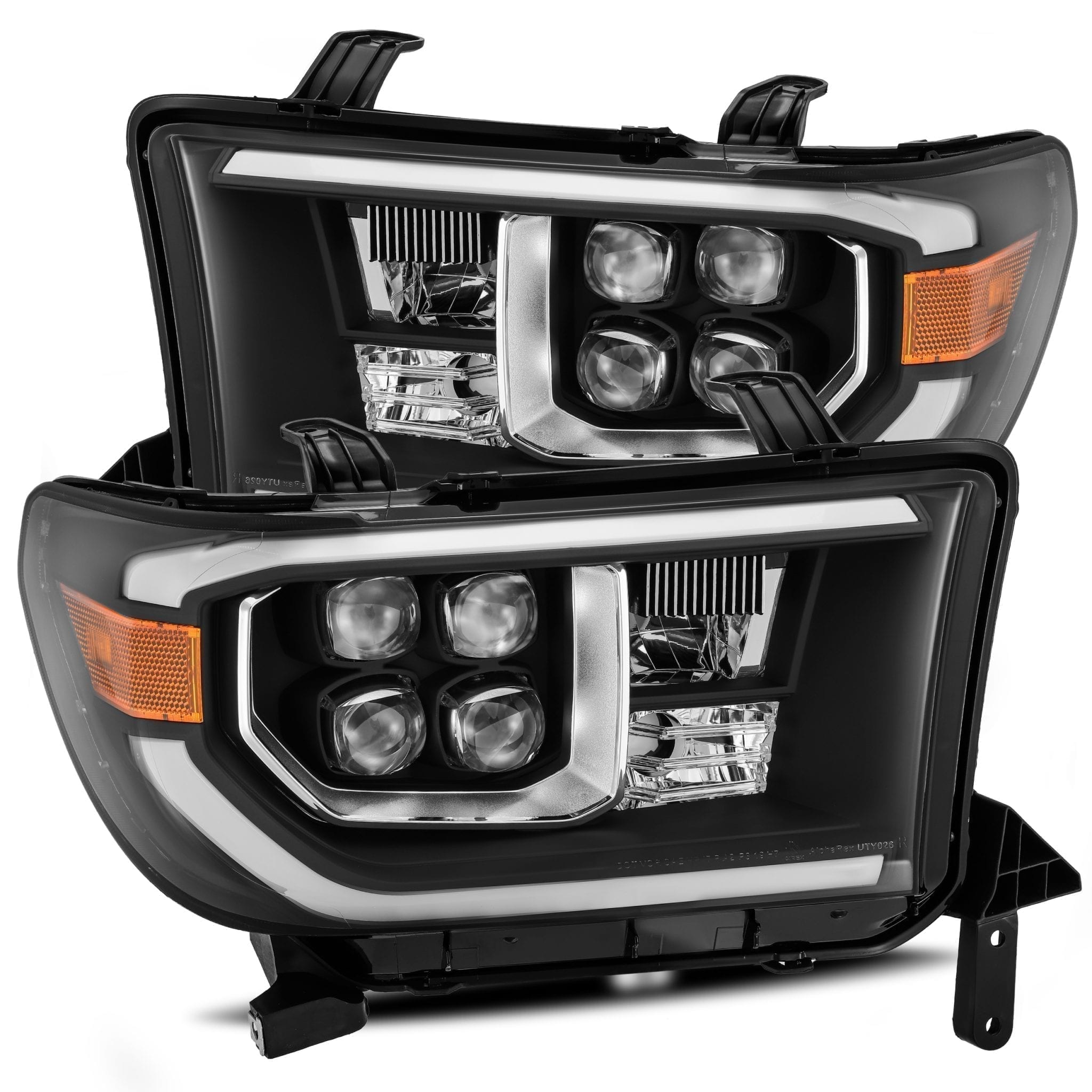 These Toyota Tundra NOVA-series headlights will fit the following models:

07-13 Toyota Tundra
08-17 Toyota Sequoia
* Does not compatible with Tundra with headlights leveling, you can install these headlights but give up the leveling function 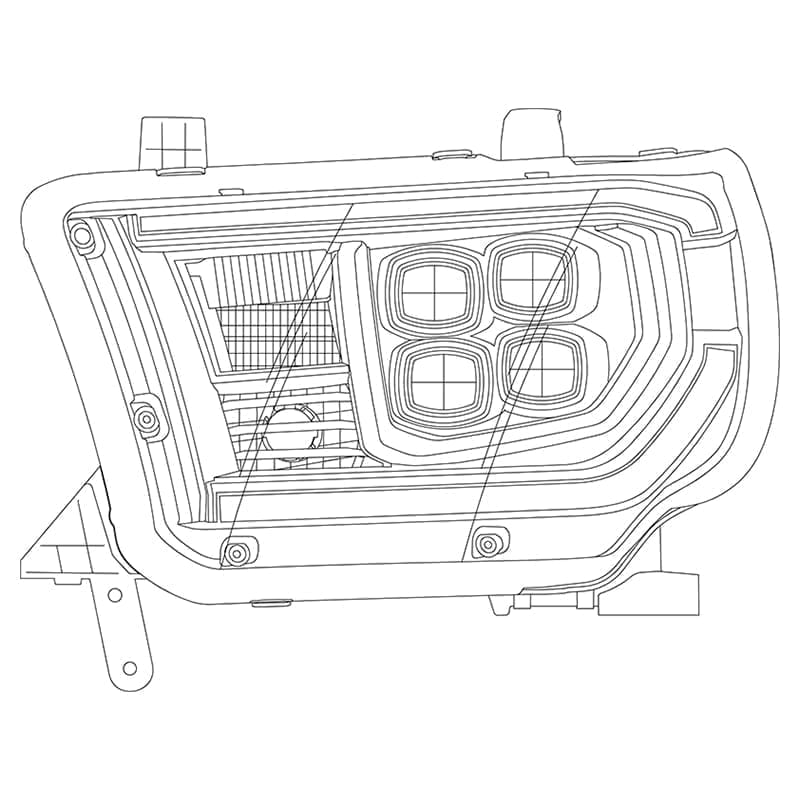 The NOVA-series full LED headlights are composed of our patented Ice Cube 3D LED projector. We apply the Osram Oslon black flat LED chip for our projector, and the projection cut-off line is perfect for American LHD regulation.

These Toyota Tundra NOVA-series projector headlights come with the signature activation light feature, which is a sequential light show when you ignite your car, as well as DRL light tube.

Our Toyota Tundra NOVA-series projector headlights are made of polycarbonate plastic lens.  We also apply a layer of anti-fog agent on the headlights lens; thus, it allows better light output in extreme weather. In addition, we also apply another coating to protect the lens against yellowing and oxidation.

Our Toyota Tundra NOVA-series projector headlights are compliant with SAE and DOT FMVSS108 regulations.  Moreover, all our products are certified to ISO-9000, ISO-9001 and ISO-9002. Most importantly, we inspect every detail of the lights to make sure we are satisfied and so are our customers.

Toyota Sequoia with Alpharex NOVA LED headlights- How are they holding up?

Dear AlphaRex Customers and Clients: AREX is closely monitoring the impact of COVID-19. During this battle against the virus, AREX is doing our part to slow the spread of COVID-19, we have our customer service staff working at home in order to provide the best customer service and support while protecting our staff’s health and safety. We provide medical supplies and health guidelines to our warehouse workers so that our warehouse can be fully operational and provide the same level of shipping time as usual. We appreciate the support you have given us and wish everyone stays safe and healthy.